Dylan Lauren net worth: Dylan Lauren is an American businesswoman and entrepreneur who has a net worth of $50 million She is best known for being the daughter of clothing designer Ralph Lauren and for founding "Dylan's Candy Bar" which has claimed to be the "largest candy store in the world".

Dylan Lauren was born in New York City, New York on May 9, 1974. She is the daughter of Ralph and Ricky Lauren. She has two older brothers, David and Andrew.

She was inspired to create a candy store after watching "Willy Wanka & the Chocolate Factory" when she was just six years old. She graduated from Duke University and founded Dylan's Candy Store in 2001. Today she has locations in Los Angeles, Chicago, Honolulu and Miami. Her locations have been featured in a number of films and television shows, notably the movies "Hitch" and "Arthur" and the TV show "Gossip Girl". In 2007 she was named as one of the Top 25 Most Stylish New Yorkers by US Weekly.

In 2011 Dylan and hedge fund manager Paul Arrouet were married. In 2015 the couple had twins via a surrogate. 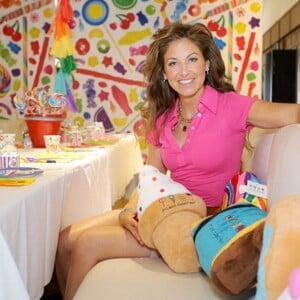