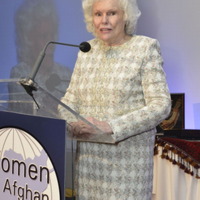 Doris Buffett net worth: Doris Buffett is an American businesswoman and philanthropist who has a net worth of $50 million dollars. Doris Buffett is the older sister of famed businessman and philanthropist Warren Buffett, and the daughter of successful businessman, Howard Buffett (not to be confused with Warren's son Howard Graham Buffett). In 1996, Howard Buffett's millions were divided among his children. Doris Buffett took her portion of the sizable fortune, and made it her goal to give it all away. She established the Sunshine Lady Foundation. The organization is dedicated to providing funds to battered women, sick children, and at-risk kids. Sunshine Lady also provides funding to college programs for former inmates. The goal of the foundation is to break the cycles of violence and poverty, by providing people with support that helps them move in a more positive direction. She is known for personally making calls to the men and women who receive funding. She has given over $100 million of her own money to the cause to this point. She is the subject of a new biography called, "Giving It All Away – The Doris Buffett Story".