Early Life: He was born Donald John Trump, Jr. on December 31, 1977, in New York City. He is the first child of real estate developer turned President Donald Trump and former Olympic skier Ivana Trump. His parents divorced when he was 13 years old, and his mother told him his father was having an extramarital affair. Trump Jr. was estranged from his father for one year after the divorce. He has two younger siblings, Ivanka and Eric, and two half-siblings, Tiffany and Barron. Trump Jr. found a role model in his maternal grandfather who had a home in Prague, and he would spend summers there learning the Czech language. Trump Jr. attended The Hill School, a college prep boarding school in Pennsylvania, and graduated from the University of Pennsylvania in 2000 with a B.S. in Economics.

Trump Organization: Trump Jr moved to Aspen, Colorado after graduating college, where he lived in a truck and worked as a bartender for a year before returning to join the Trump Organization in New York. Holding the position of Executive Vice President at The Trump Organization, Donald Jr. works in tandem with his brother Eric Trump on the national and international expansion of the real estate company. He helped launch Trump Mortgage, which collapsed less than a year later. Thanks to his rigorous education, inherent business sense and vast experience in real estate development, Trump Jr. is heavily involved in every aspect of the company's development. He oversees the operations ranging from deal evaluation, analysis and pre-development planning to construction, branding, marketing, operations, sales and leasing. As for the projects that he has managed, they include Trump Place and Trump Park Avenue in New York City, Trump International Hotel & Tower in Chicago, Trump International Hotel in Las Vegas, as well as Trump International Golf Links in Aberdeen, Scotland. In 2010, he became a spokesperson for public relations firm Cambridge Who's Who.

Involvement in Politics: Trump Jr. was a key member of his father's 2016 presidential campaign, and was characterized as a "close political adviser" to the campaign. He and his siblings spoke at the Republican National Convention. Trump Jr. influenced his father's choice of Ryan Zinke for Secretary of the Interior. On June 9, 2016, Trump Jr. attended a meeting, along with Jared Kushner and Paul Manafort, with several Russian lobbyists. Trump Jr. initially told the media that adoption of Russian children was the main subject of the meeting, however, it was revealed that Trump Jr. had agreed to attend the meeting with the understanding that he would receive "opposition research" on Hillary Clinton. The meeting and Trump Jr.'s emails were subject to an investigation by the Department of Justice and Robert Mueller. In November 2017, it was revealed that Julian Assange had used the WikiLeaks Twitter to correspond with Trump Jr. during the 2016 presidential election and that Trump Jr. had been urged to reject the results of the election at a time when it appeared likely that his father would lose. WikiLeaks also urged Trump Jr. to share an unfounded claim that Hillary Clinton had wanted to attack Assange with drones. This correspondence was also investigated by the D.O.J. In 2017, after his father had taken over the role of President of the United States, Trump Jr. asked to have his secret service detail removed due to lack of privacy, but his protection was restored just weeks later.

Trump Jr. actively campaigned during the 2018 midterm elections for Republican candidates, as well as raised millions of dollars for them. Trump Jr. has come under fire for insensitive comments on race and immigration in the past, and he often retweets conspiracy theorists. 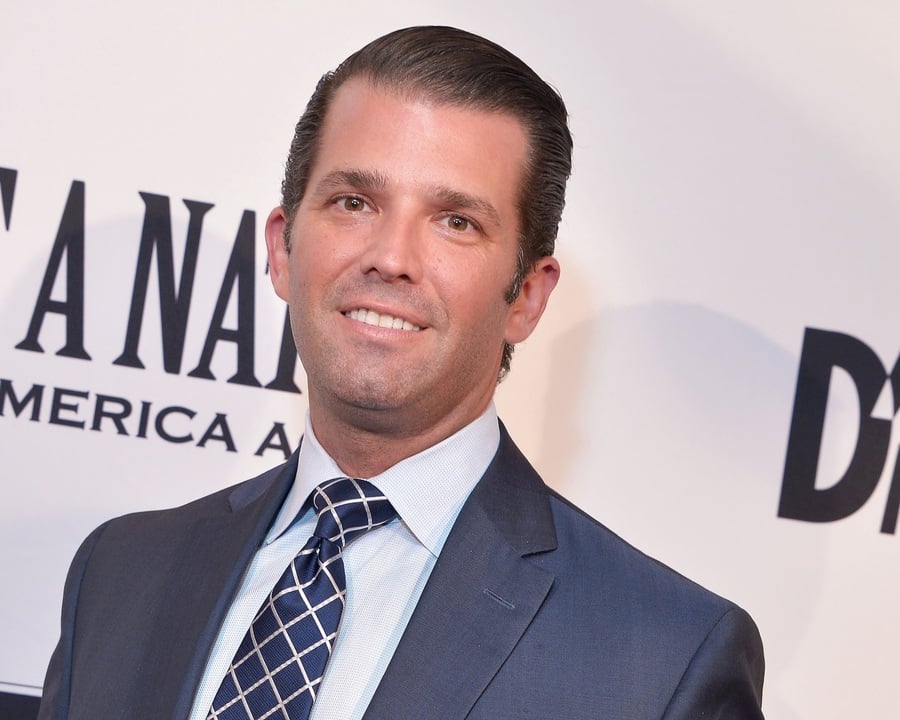 Other Ventures: In addition to his real estate engagements, Donald Trump Jr. is also a distinguished and sought-after public speaker. He has talked extensively throughout the United States and has delivered keynote speeches internationally, notably in Dubai and India. Furthermore, he served as an adviser on the highly-rated NBC shows The Apprentice and The Celebrity Apprentice. An avid philanthropist, Mr. Trump Jr. sits on the board of directors of Operation Smile and was heavily involved in the Eric Trump Foundation. He released the book Triggered: How the Left Thrives on Hate and Wants to Silence Us" in 2019. The book was a New York Times Best Seller and was purchased in bulk by at least nine Republican organizations.

Private Life: Trump Jr. was married to pasta sauce heiress and model Vanessa Haydon Trump from 2005 to 2018. They began dating in 2003 and were married at Mar-a-Lago in Palm Beach. The couple has five children together. It was announced in March 2018 that they had separated and she had filed for divorce. Their divorce was finalized at the end of 2018. He began dating news anchor Kimberly Guilfoyle in 2018.

Personal Real Estate: Don Jr. has owned a nearly 6,000 square-foot apartment in Manhattan for many years. He and Eric are part-owners in a 170-acre hunting preserve in upstate New York. In April 2018, Don Jr. spent $4.5 million on a 7-bedroom mansion in the Hamptons. 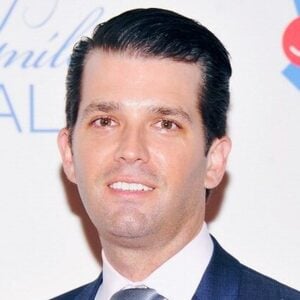