What was Diane Disney Miller's Net Worth?

Diane Disney Miller was an American heiress and philanthropist who had a net worth of $500 million at the time of her death in 2013. Diane Disney Miller was Walt Disney's oldest (and only biological) child. Alongside her family, Diane co-founded the Walt Disney Family Museum which opened in 2009 in San Francisco, California. She also served as the President of the Board of Directors of the Disney Family Foundation.

Born on December 18, 1933 to Walt and Lillian Disney, Diane was a lifelong protector of the Disney family image and name. She had a younger sister named Sharon Mae Disney who the Disneys adopted at her birth in 1936. Sharon passed away in 1993 and her father Walt passed away due to complications of lung cancer in 1966. She and her sister have both described their upbringing as very loving, caring and supportive.

She was the president of the Walt Disney Family Foundation and helped launch its official museum. Diane was a classical music enthusiast throughout her life. She was also generous with her time and money towards charitable efforts and a champion philanthropist. In 1956, Miller published a series of eight pieces for the Saturday Evening Post. It was co-written by Pete Martin and was titled "My Dad, Walt Disney." In 1957, she published "The Story of Walt Disney." Her husband, Ron Miller, was the CEO of Disney from 1978-1983

Starting around 1979, inspired by a luxurious vacation through California's wine country, Diane made the official move to Napa, where she bought a vineyard and began producing wine. In 1984, her husband was fired from his executive position at Walt Disney Productions. That's when Miller began to distance herself and limit her involvement with the company. They went in fully on the winery after Ron left the entertainment industry and he and Diane developed the renowned Silverado Vineyards Winery in Napa. They eventually made the large property along the Silverado Trail in the Stags Leap District their home. After planting Cabernet Sauvignon and Chardonnay, they started officially making wine in 1981. They then expanded the winery to exclusively use estate-grown grapes for their wine. 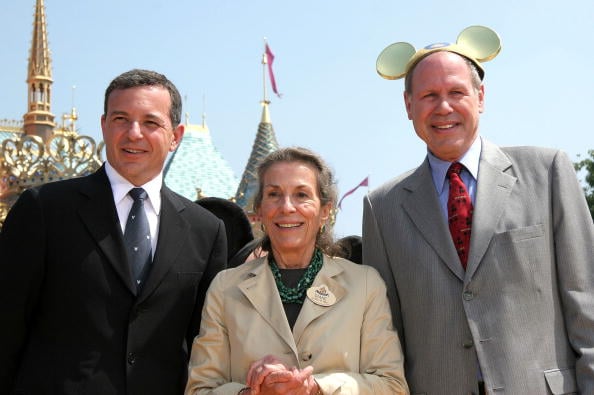 Diane was also instrumental in creating the Walt Disney Concert Hall in downtown Los Angeles. In 1988, Lillian Disney announced plans to contribute $50 million dollars to the concert hall. Miller later supported the hall throughout her life. Over 70 architect firms submitted proposals but by 1996 the project was almost dead. However, Miller convinced head director Frank Gehry to pursue the project, despite LA county officials attempting to cancel it. Diane arranged for the Foundation to contribute $25 million to keep the project going. It finally opened in 2003 with the hefty price tag of $247 million. Sadly, Lillian Disney died in 1997 and never got to see a concert there.

Miller devoted her earlier life to raising her seven children, but afterwords she advocated to document the life and accomplishments of Walt. She perceived Walt to have long been the subject of badly researched biographies and rumors. Miller's goal was to protect the reputation of the man himself versus the corporate identity he had long come to be associated with. A documentary, "The Man Behind the Muth," was released by the Walt Disney Family Foundation in 2001. In 2009, Miller co-founded the Walt Disney Family Museum along with her son Walter Elias Disney Miller, a movie producer. Diane served as the President of Board of Directors of the Walt Disney Family Foundation until her death. The Diane Disney Miller Lifetime Achievement Award was created in her name in 2015 to honor her and to "recognize those who have made an outstanding impact in the field of arts, education, community involvement, or technological advancements."

While attending the University of Southern California in the 1950s, the 20-year-old fell in love with a 21-year-old football player named Ron Miller. The two had met on a blind date after a USC game. They got married in an Episcopal church in Santa Barbara in May 1954. Ron served in the Army and played pro football before his father-in-law Walt convinced him to work for Walt Disney Studios, where he started as on the film directing and production team before working his way up to President and CEO of The Walt Disney Company. Together, Ron and Diane had seven children, (Christopher, Joanna, Tamara, Jennifer, Walter, Ronald, and Patrick), 13 grandchildren, and one great grand child. Diane died on November 19, 2013 in Napa, California at the age of 79. She unfortunately succumbed to injuries that were sustained from a bad fall at her home in Napa. 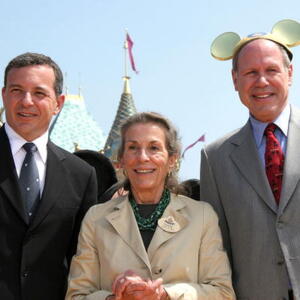