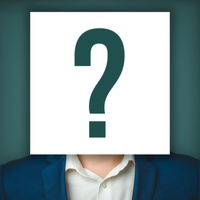 David M. Kelley net worth: David M. Kelley is an American businessman, entrepreneur, engineer, designer, and teacher who has a net worth of $200 million. David M. Kelley was born in Barberton, Ohio in February 1951. He graduated from Carnegie Melon University and earned his M.S. in Design from Stanford University where he became a professor. Kelley earned his fortune as the founder of design firm IDEO. IDEO would eventually go on to create the first Apple mouse He started working as an engineer for Boeing and then at NCR. David M. Kelley co-founded venture capital firm Onset Ventures in 1984 and also co-founded special effects company Edge Innovations. He joined the Stanford Product Design program in 1978 and created the Hasso Plattner Institute of Design at Stanford University in 2004. Kelley co-authored the book Creative Confidence in 2013. He has received many honors over the years including a Chrysler Design Award and the National Design Award in Product Design. In 2000 David M. Kelley was elected to the National Academy of Engineering. In May 2017, David listed his longtime home in Silicon Valley for $15 million.