David Bohnett net worth: David Bohnett is an American entrepreneur who has a net worth of $400 million. David Bohnett was born in Chicago, Illinois in April 1956. He is the founder and chairman of the non-profit grand-making organization David Bohnett Foundation. Bohnett founded GeoCities in 1994 which went public in 1998 and was acquired by Yahoo!

in 1999. He invests in technology start ups through his venture capital firm Baroda Ventures. Bohnett graduated from the University of Southern California and earned his MBA from the Ross School of Business. He co-founded the pioneer social networking site GeoCities which was sold for $3.57 billion with David Bohnett making about $300 million. He has received several awards including the ACLU Citizen Advocate Award, the Los Angeles City of Angels Award, GLSEN's Lifetime Achievement Award, Ernst & Young Entrepreneur of the Year Award for Southern California, Los Angeles Business Journal's LA 500: The Most Influential People in Los Angeles, and more. 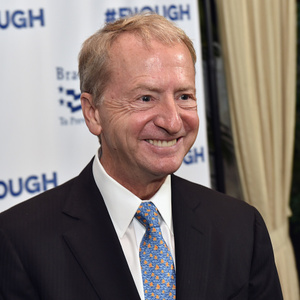