Dave Bugliari Net Worth and Salary: Dave Bugliari is an American talent agent who has a net worth of $5 million. He was born in New Jersey on December 17, 1980. His parents are Miller and Elizabeth Bulgari. Miller Bulgari was the head soccer coach for many years at an elite private school called Pingry. Dave and his siblings all attended Pingry. Dave Bugliari works for the Creative Artists Agency, a Los Angeles-based company that represents actors, actresses, and professional sports players. One of his close friends is Bradley Cooper. He is the second husband of Hollywood actress Alyssa Milano. Bugliari and Milano wed in their home state of New Jersey during the summer of 2009 after becoming engaged the year before. They married at Dave's family home in Tewksberry. He is younger than his wife by eight years. He was 25 years old when he and the then-33-year-old actress began dating. Bugliari is active on social media, especially Twitter, and frequently shares details of his life with Milano and of her fight to support various charities, including UNICEF and PETA. Milano also supports increasing AIDS awareness and attempted to bring more attention to the ongoing civil war in Syria. Bugliari made a campaign donation to former First Lady Hillary Clinton in 2007. In early 2011, they announced Milano's pregnancy, and she gave birth to their first son, Milo Thomas Bugliari, in August of the same year. In the spring of 2014, they announced Milano's second pregnancy, and she is due to give birth to a baby girl sometime later in the year.

Dave Bugliari Salary: As the co-head of motion picture talent at CAA, Dave is a very important member of the CAA team. Senior agents at CAA earn around $200,000 per year. Partners make $400-700,000 per year. It's presumable that Bugliari is a partner considering his title. That means his annual salary is likely in that $400-700k range. 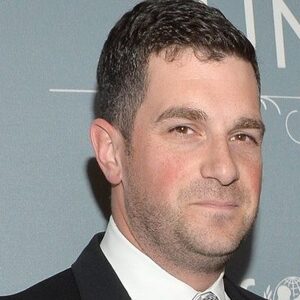