She is also actively involved in a variety of Southern California based charities. She runs the annual Leukemia Lymphoma Society fundraiser along with corporate sponsor Jimmy Choo. Danielle is also a co-founder of the Heels 2 Heal Orange County, which helps underprivileged, critically-ill, and abused women and children. She is the newest cast member on the hit reality series, The Real Housewives of Orange County. The Real Housewives of Orange County was the first series in the Real Housewives franchise, and the show is currently in its 9th season. Danielle is known to hold her opinions close to her vest, but when she speaks out, she is usually brash and brutally honest. She is friends with fellow cast mate, Heather Dubrow, but Tamra  does not mince words when it comes to her annoyance with Danielle, claiming that she is a fame whore, and the feud between the two is aired out during season 9. She has two kids, ages seven and five, with her husband Joe, who she has known since childhood, and a 15-year-old son from a previous relationship. 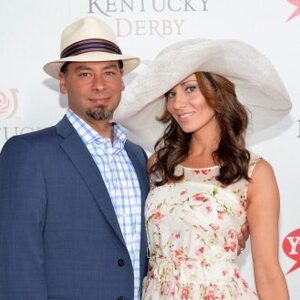