Daniel Kottke net worth: Daniel Kottke is an American businessman who has a net worth of $1 million. Daniel Kottke was born in Bronxville, New York in April 1954. He is best known for being a college friend of Steve Jobs and being one of the first employees of Apple Inc..

Kottke graduated from Columbia College in 1977 after meeting Jobs at Reed College. Jobs and Kottke took a trip to India in search of spiritual enlightenment. Daniel Kottke became one of the first part-time employees at Apple and then joined the company as full-time employee #12. Daniel Kottke appeared in the 2015 documentary Steve Jobs: The Man in the machine. He has been portrayed in many films including by Marcus Giamatti in the 1999 film Pirates of Silicon Valley and by Lukas Haas in the 2013 film Jobs.

Steve Jobs refused to give him stock in the new company but he did get some from Steve Wozniak and some of the other executives. For perspective, $1000 invested at Apple's IPO would be worth $430,000 today after splits and dividends. In total Daniel reportedly received 1,000 shares. If he held on to 100% of those shares to this day, they would be worth $3.4 million. Though it is not clear if he held on to any of them or sold some over time.

[The photo of Daniel Kottke on his page was licenses from wikimedia via Creative Commons. It was taken by user Aljawad] 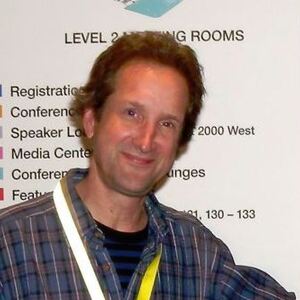