Dakota Fred Hurt net worth: Dakota Fred Hurt is an American gold miner who has a net worth of $6 million dollars. Dakota Fred Hurt was born in Minot, North Dakota and began his professional career in the late 60s, working as a commercial diver in the Gulf of Mexico, where he learned how to conduct underwater salvage, demolition, and mining expeditions.

After running his own construction business for 25 years, he decided to shift his focus to mining, but was initially unsuccessful. After moving from claims in Alaska, to Nevada, Wyoming, and Montana in 2008, he finally returned to Alaska to mine the frozen land of the Arctic Circle at a claim at Little Squaw Lake. It was here that he helped design, build, and operated a gold processing plant where in one mining season he and his five man team extracted more than 600 ounces of gold ore from the frozen ground. He is one of the subjects of the Discovery Channel reality series, "Gold Rush Alaska", which follows a group of miners as they attempt to earn a living mining for gold in Alaska and the Klondike. The show is currently in its third season. Dakota Fred Hurt has been married for more than 44 years to three different women consecutively. He has four children, six grandchildren, and five great grandchildren. 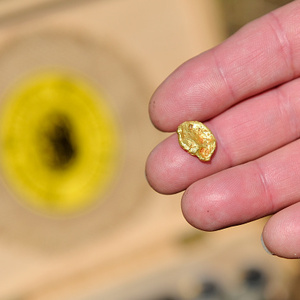