Craig Hutchison net worth: Craig Hutchison is an Australian journalist, sports broadcaster, and business owner who has a net worth of $50 million. Craig Hutchison was born in Warragul, Victoria, Australia in December 1974. He started his broadcasting career in 1994 and joined Sport 927 in Melbourne in 1996 and producer of the Kevin Barltett and Dr Turf Big Sports Breakfast Show. Hutchinson joined Channel Ten as a journalist. He joined Seven Network in 1999 and became the chief football reporter and a fill-in sports anchor. Hutchinson joined Channel Nine's football team in 2007 and hosted the talk show Footy Classified among other shows. He has also worked in radio, joining Triple M in 1997 and calling ASL games from 1997 to 2005. He joined 3AW's football cometary team in 2006 and joined SEN 1116 in 2008. Hutchinson is part-owner and CEO of Australian media content provider Crocmedia. In 2004, Craig Hutchison wrongly identified an Australian rules football player as being involved in a sexual assault case. He would later describe this incident as the lowest point of his career. 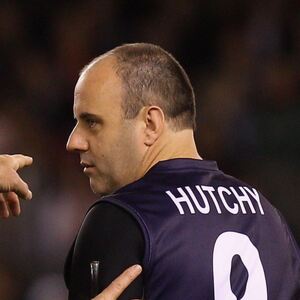