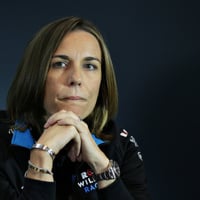 Claire Williams net worth: Claire Williams is an English businesswoman who has a net worth of $20 million. She is best known for being the Deputy Team Principal of the Williams Formula One racing team.