Cisco Rosado, Jr. net worth: Cisco Rosado, Jr., is an American entertainment and music executive, entrepreneur and reality TV star who has a net worth of $3 million. Cisco Rosado, Jr. is currently the Chief Executive Officer of CMG Entertainment, a New York-based entertainment firm focused on a variety of multi-media projects. The firm recently launched a new artist development and production arm in partnership with the Grammy-nominated singer/songwriter, Tank. Though he is relatively well known behind-the-scenes in the entertainment world, Cisco Rosado, Jr. gained national attention recently, when his relationship with Jennifer Williams went public. Jennifer Williams is a former cast member of the hit VH1 reality series, "Basketball Wives". She has been in the midst of a very protracted divorce from her former husband, former NBA star Eric Williams, for months. Their complicated breakup was chronicled on the reality series. She has apparently been dating Cisco Rosado, Jr. for an extended period, but the pair only recently began appearing in public together. Cisco has produced for artists such as Styles P, French Montana, Jim Jones, Uncle Murda and Tahiry Jones.

Cisco has starred on the VH1 reality television series Love and Hip Hop New York. Love and Hip Hop New York premiered in 2011 and as of this writing has aired 95 episodes over seven seasons. In addition to his relationship with Williams he has also dated Daryl Strawberry's daughter Diamond. Rosado is a member The Creep Squad with Peter Gunz and Rich Dollaz. He has also been romantically linked to rapper MariahLynn. 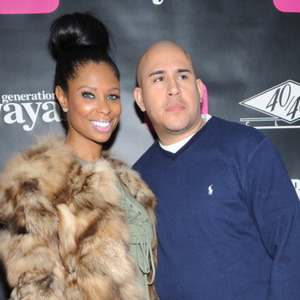