What is Christina Haack's Net Worth and Salary?

Christina Anstead, formerly known as Christina El Moussa and Christina Anstead, is an American real estate investor and television personality. Christina Haack's net worth is $25 million. She first became famous as the co-star, with her husband at the time Tarek El Moussa, on the HGTV show "Flip or Flop". In 2019 she began appearing on a new series titled "Christina on the Coast".

She was born Christina Haack in Anaheim, California on July 9 1983. Her first job out of school was in the real estate industry. This is how she met her future husband Tarek El Moussa. The couple was very successful until the 2008 stock market crash when many real estate investors and house flippers went bust. As a result of the crash Tarek and Christina El Moussa nearly lost everything. They went from living in a home that cost $6,000 per month to an apartment that cost $700 per month. Their business, and the economy at large, slowly recovered.

HGTV and Rise to Fame

In 2011 Tarek asked a friend to help him make an HGTV audition tape which showed him and Christina flipping a house from start to finish. The tape landed in the hands of executives at a production company called Pie Town Productions. The execs fell in love with Tarek and Christina. The couple officially signed a deal with HGTV in 2012. "Flip of Flop" w premiered in April 2013. Between 2013 and 2017, the show aired 92 episodes over 7 seasons. On the show, Christina and Tarek would buy properties, typically middle-income houses in Orange County, and would then proceed to spend several weeks making upgrades so they could flip the property for a profit. Tarek concentrates on demolition and renovation while Christina focuses on design while also making sure everything stays on schedule.

How Much Does Christina El Moussa Make Per Year? 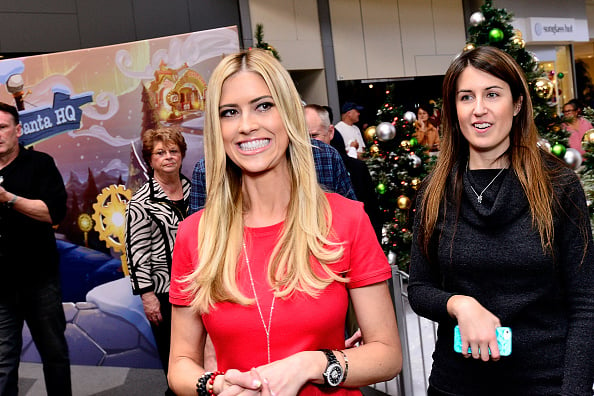 Tarek and Christina were together from 2009 to 2016. They have two children together. Their split came soon after an incident where police were called to their home after Tarek fled the home after an argument and was reportedly suicidal. Tarek claimed he was never suicidal and simply went for a hike with a gun to protect himself from wild animals. In January 2017 they filed for divorce. With the divorce, the future of their show and their co-owned real estate agency "The El Moussa Group" was uncertain. Their divorce was finalized in January 2018.

In 2018 it was revealed that Christina had become romantically linked to English television presenter Ant Anstead. They had reportedly been dating since November 2017. Christina and Ant married in December 2018 at their home in Newport Beach, California. Soon after she officially changed her name from Christina El Moussa to Christina Anstead. In March 2019 Christina and Ant announced via Instagram that they were expecting their first child together.

In September 2020 Christina and Ant announced their separation. She filed for divorce several weeks later.

Christina on the Coast

Amazingly, Christina and Tarek managed to put their differences aside and forge ahead to film Flip or Flop's eighth season. In May 2019 Christina launched her own new HGTV show called "Christina on the Coast". The show follows Christina as she completes remodels of houses in various parts of Southern California.

In the first season of "Christina on the Coast" Christina remodeled the backyard of her own Newport Beach home. She purchased the home in 2018 for $4.1 million. In April 2021, Christina listed the home for sale for $6 million. She sold this home for $5.4 million. 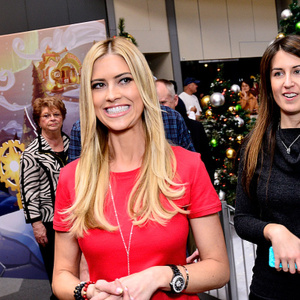