Chris Soules Net Worth: Chris Soules is an American television personality and entrepreneur who has a net worth of $500 thousand. Chris Soules is The Bachelor for the television show's 19th season. Chris is a farmer from a small town in Iowa called Arlington. He was formerly a contestant on The Bachelorette and made the final three before being sent home by Bachelorette Andi Dorfman. He has even been given advice by former bachelor Juan Pablo Galvais. Chris has been engaged before but the relationship ended months before walking down the aisle. He has three older sisters who submitted him to be on the show. He attended Iowa State University and studied agriculture and agronomy. Chris has said that he want to have at least four children. He still keeps in touch with some former Bachelorette contestants including Cody Sattler and Tasos Hernandez. He has built his farming profession into a million dollar business. The Bachelor season 19 debuted in January 2015.

Drunk Driving Incident: On April 24, 2017 Chris allegedly drove while under the influence. He accidentally rear ended a tractor, killing the driver. Two years later Chris and his family reached a settlement with the victim's family that paid a $2.5 million judgement. 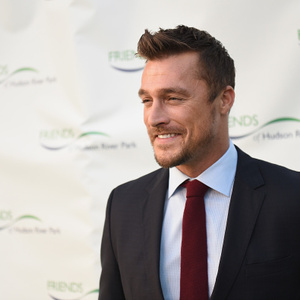