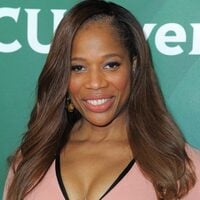 Charrisse Jackson Jordan net worth: Charrisse Jackson Jordan is an American reality television personality and socialite who has a net worth of $8 million. Charrisse Jackson Jordan is best known for being featured on the Bravo reality television series The Real Housewives of Potomac which premiered in January 2016.  Her hobbies include socializing, traveling, and shopping. Jordan is the President of the National Basketball Wives Association's Behind the Bench and has raised millions of dollars for organizations such as Knock Out Abuse Against Women, N Street Village, and Men Against Breast Cancer. Charrisse has been married to retired NBA player and current coach, Eddie Jordan for 19 years. Together they have two teenagers. The couple does not live together as Charrisse lives with the kids in Potomac and Eddie lives in New Jersey where he recently coached the Rutgers basketball team. Recently there have been rumblings that the marriage is on the rocks.