Cesar Conde has previously served as president of Univision's networks division. He graduated from Harvard University and the Wharton School at University of Pennsylvania. Conde married Univision TV news anchor Pamela Silva Conde in 2009. He is on several boards including the PepsiCo and Owens Corning Boards of Directors. Cesar Conde was a 2018 Broadcasting & Cable Hall of Fame honoree and has won many other awards including being a World Economic Forum Young Global Leader in 2012. 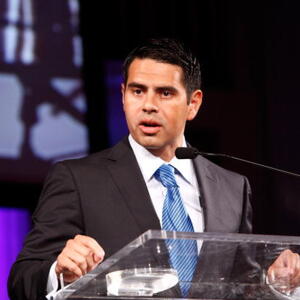