Cathy Hughes net worth: Cathy Hughes is an American entrepreneur, television and radio personality, and business executive who has a net worth of $460 million. Cathy Hughes was born in Omaha, Nebraska in April 1947. She founded the company Radio One which is now known as Urban One. The company went public in 1999 and Hughes became the first African-American woman to be the head of a publicly traded corporation.

She created the radio format The Quiet Storm in the 1970s on Howard University's WHUR. Cathy Hughes worked at the newspaper Omaha Star and worked at KOWH in Omaha. She was the General Sales Manager at WHUR. She founded Radio One with her former husband Dewey Hughes and purchased radio station WOL 1450. She is a minority owner of BET industries and a chairperson of Radio One. Cathy Hughes and her son Alfred Liggins were named Entrepreneur of the Year by Ernst & Young. Her life is featured on the documentary series Profiles of African-American Success. 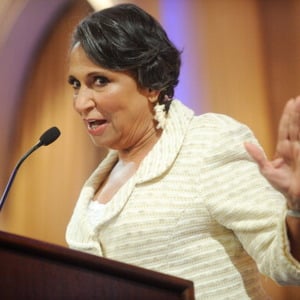