Cathy Guetta Net Worth: Cathy Guetta is a French former discotheque manager, socialite, and events organizer who has a net worth of $20 million dollars. Cathy was born Catherine Lobe in Dakar, Senegal in March 1967. She moved to France and became a manager of a nightclub and organized Parisian parties.

She met and married DJ and music producer David Guetta in 1992. The couple had two children and divorced in 2014. In 2003 Cathy and David opened the night club Le Sweet Bar. Cathy ran the Moroccan restaurant Le Tanjia in Paris and served as artistic director for the disco Les Bains Douches. She became business partners with Muratt Atik at striptease club Pink Paradise and restaurant La Suite. Starting in 1995 she organized special nights with David Guetta in Ibiza. She has hosted events in the national stadium in Paris, the State de France and the Stade Charles-Ehrmann. She has acted in seven films. She has released nine albums with David Guetta as part of the Fuck Me I'm Famous Series, and three on her own as the Unlighted by Cathy Guetta series. She has appeared in David Guetta's music videos including "Sexy Bitch" and "The Alphabeat". 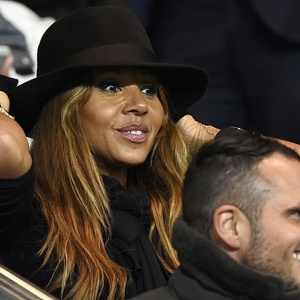