What is Caroline Stanbury's net worth?

Caroline Stanbury is a British businesswoman and reality television personality who has a net worth of $30 million dollars. Caroline has become well-known as a cast member of multiple reality television shows including "Ladies of London" and "The Real Housewives of Dubai."

Caroline Alice Stanbury was born in London, England on April 28, 1976. She is the daughter of venture capitalist Anthony Stanbury, who was managing director of Jaeger (the high-end fashion group), and Elizabeth Stanbury, who ran a cashmere knitwear business. Elizabeth is also part of the landed Vestey family and old friend to Sue Ferguson, the second wife of the Duchess of York's father, Major Ron. Caroline has two siblings, brothers Alex and Edward, and a sister named Victoria.

She was educated at the acclaimed and pricey Westonbirt School in Gloucestershire and shortly after began working in public relations, personal styling, and in the luxury goods industry.

Caroline went on to become a top personal stylist for celebrities all over the world. She went on to launch her own luxury goods company, Gift Library, in 2008, which quickly became a favorite brand with celebrities and socialites. Sadly, the shop had to shut down in 2015. In 2013, she began working for The Wedding Shop in London. It was revealed that she started a new business in January 2017, a collection of furniture for her very own line. She created the furniture with ECmyLIFE. It is largely speculated, but unconfirmed as of this writing, that Stanbury will be a part of the cast of Bravo's "The Real Housewives of Dubai," its first international installment of the series, expected to air sometime in 2022. 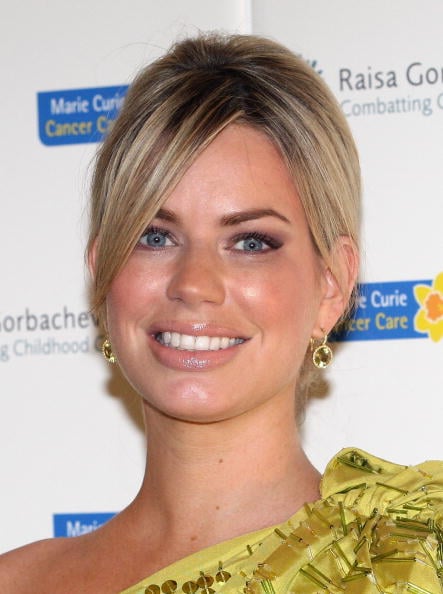 She was one of the cast members of the Bravo reality series, Ladies of London, which followed six high-profile women living in London. It has been coined as the British version of the "Real Housewives" franchise, and began airing in June of 2014. Bravo renewed "Ladies" for a second season in March 2015, and it premiered in September 2015. The show was renewed for a third season in April 2016. In May 2017, it was confirmed that the show had been canceled. One of the many dramatic storylines from the show involved Caroline's brother Alex's spiraling marriage to Caroline's best friend Sophie. Alex and Sophie divorced in 2016 and Caroline and Sophie's friendship unravelled upon Sophie joining season three of the show.

From 2004 to 2019 she was married to millionaire investment banker Ceb Habib, and they have three children together: Yasmine Habib, Aaron Habib, and Zac Habib. The couple continues to co-parent and they remain on friendly terms.

Her family has long been in contact with royalty and celebrities, and she is rumored to have dated everyone from Hugh Grant to Sylvestor Stallone to Prince Andrew at some point.

In 2021 she became engaged to retired professional soccer player Sergio Carrillo. The couple got married in a lavish ceremony on December 18, 2021 in Dubai, where they reside.