Caroline Boyer Net Worth: Caroline Boyer is an American celebrity housewife who has a net worth of $7 million dollars. Caroline Boyer is married to the high-profile country music singer Luke Bryan. Boyer and Bryan actually met when they were in college at Georgia Southern University and his song Sorority Girl is rumored to be about Caroline.

Bryan was quoted as saying it was "love at first sight" with her. Boyer was interview in Good Housekeeping - in an article titled "Why Luke Bryan Is The Perfect Husband," where Bryan is (fully) quoted as saying of Caroline, " It was love at first sight with Caroline - those blue eyes of hers. I knew that, no matter what, I was going to make my way over to her. They have two sons together, Thomas Boyer Bryan "Bo" born on March 18, 2008 and Tatum Christopher Bryan "Tate" born on August 11, 2010. The couple says they want to give their children a Christian background and that good parenting is a priority with them both. For the first time, Caroline appeared on one of his music videos. She is on the Crash My Party. 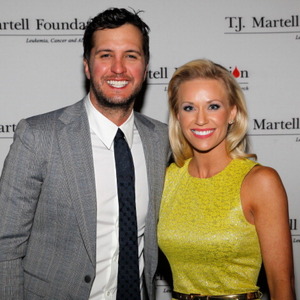