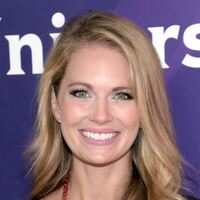 Cameran Eubanks net worth: Cameron Eubanks is a reality television star and Charleston real estate agent who has a net worth of $1.5 million. Cameron is most recognized as a the loveable cast member of the hit Bravo show, Southern Charm, but the show is not her first rodeo in reality television. She was also a member of the 2004 season of the Real World: San Diego when she was 19 years old. She is described as warm, lovable and down to earth, and while she is not the naïve girl viewers saw on the Real World, she has managed to keep the qualities that fans find most endearing. At the time the Real World was filmed, she was described as a "Southern Belle" who loved hanging out with the guys and was always up for a good prank." After appearing on The Real World, she continued with the MTV franchise and appeared in two of the Real World/Road Rules Challenges (Battle of the Sexes 2 and The Gauntlet 2).  Cameran was born on November 21, 1983 and was raised in Anderson, South Carolina. She grew up in a picture-perfect upper class family but hit a low point when her parents divorced while she was in high school. Cameron married Jason Wimberly, a doctor, on April 12, 2014 in a private ceremony.