Burt Shavitz net worth: Burt Shavitz is an American beekeeper and businessman who has a net worth of $2 million. Burt Shavitz was born in 1935. Shavitz is best known for co-founding the Burt's Bees personal care products company. Burt is from Great Neck, New York and now lives in Parkman, Maine.

Before moving to Maine he served in the United States Army and also took photographs for Time Life magazine. He met Roxanne Quimby while beekeeping and she sold his wax candles at local fairs. The pair launched the Burt's Bees line in 1984 and set up operations in North Carolina a decade later. The partnership dissolved and Quimby bought out Shavitz's stake in the company. Burt claims he was pushed out of the company and forced to give up his half of the company over a threatened lawsuit. A private equity firm bought 80% of Burt's from Roxanne a few years later for $173 million. After this buyout, Burt threatened to sue Roxanne until she finally gave him $4 million. Clorox purchased Burt's Bees entirely for over $925 million dollars in 2007. In 2014 the documentary Burt's Buzz was released and discussed the life of Shavitz as it relates to being a beekeeper and businessman. Shavitz and Quimby started off making candles from leftover beeswax and then started bottling and selling honey before starting to use honey and beeswax in other products and eventually a line of personal care products was started. Burt Shavitz died on July 5, 2015 at the age of 80. The Burt's Bees line features several products including makeup, lip care, skincare, and more and his best selling products are the beeswax lip balms. 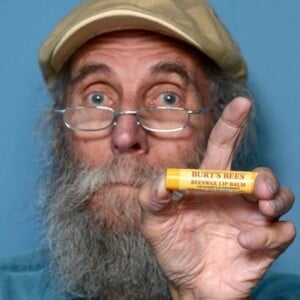