Bryan Johnson Net Worth: Bryan Johnson is an American entrepreneur who has a net worth of $400 million. Bryan Johnson is best known as the founder of the online and mobile electronic commerce payment provider Braintree. Johnson grew up in Springville, Utah as part of a large Mormon family.

He graduated from Brigham Young University in 2003 and then attended the University of Chicago Booth School of Business. He started Braintree while still in graduate school. The company does over $8 billion in annual credit card processing including $2 billion from mobile devices. In 2011 it ranked #47 in the Inc. 500 list. Johnson sold Braintree to eBay for $800 million in 2013. He has been named to Crain's list of 40 Under 40 and also has been on Crain's annual Tech 25 and Tech 50 lists. In October 2014 he introduced his new $100 million venture OS which will invest in inventors and scientists aiming to benefit humanity through developing new discoveries. In 2016, he founded Kernel, a neurotechnology company that aims to better understand diseases such as Alzheimer's and Parkinson's. In March 2018, Johnson revealed that he was engaged to his girlfriend, YouTube model/singer Taryn Southern. 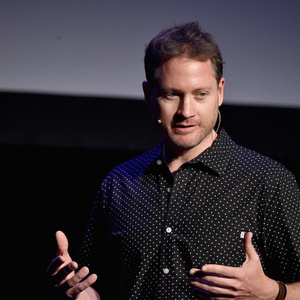