Bruce McNall net worth: Bruce McNall is an American businessman and former racehorse owner who has a net worth of $3 million. Bruce McNall was born in Arcadia, California in April 1950. He is best known for formerly owning the Los Angeles Kings of the National Hockey League as well as the Toronto Argonauts of the Canadian Football League. During the 1980s McNall was a movie producer for films such as Weekend at Bernie's and The Manhattan Project. In 1986 he purchased a 25% stake in the L.A. Kings and in 1987 he bought 24% more to become the largest shareholder for the team. In 1992 he was elected the chairman of the NHL Board of Governors. McNall purchased the Toronto Argonauts in 1991 along with Wayne Gretzky and John Candy. McNall formerly owned the most expensive baseball card in the world, a 1909 Honus Wagner. He owned Thoroughbred racing horses and won races in the 1980s and 1990s. He was forced to sell the Kings in 1993 due to defaulting on a $90 million loan. McNall pleaded guilty to conspiracy and fraud and was sentenced to 70 months in prison. His autobiography Fun While It Lasted: My Rise and Fall in the Land of Fame and Fortune was published in 2003. 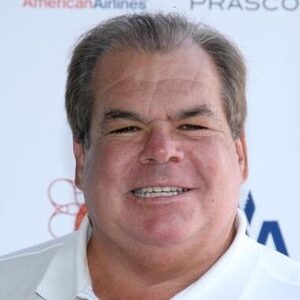