Bruce Levenson net worth: Bruce Levenson is an American businessman and sports team owner who has a net worth of $500 million. Bruce Levenson is probably most famous for being the controlling owner of the NBA's Atlanta Hawks basketball franchise. In September 2014, Bruce made headlines when he announced that he would be voluntarily selling his controlling stake in the Hawks after admitting that he sent a racist email about the team's fans in 2012. The announcement came just months after fellow NBA owner Donald Sterling was banned from the NBA for life for making racist comments to a girlfriend. In Levenson's email, he commented that Atlanta's white fans were uncomfortable coming to games. Here is a portion of that email:

"My theory is that the black crowd scared away the whites and there are simply not enough affluent black fans to build a significant season ticket base. Please don't get me wrong. There was nothing threatening going on in the arena back then. I never felt uncomfortable, but I think southern whites simply were not comfortable being in an arena or at a bar where they were in the minority."

He also complained that the Kiss Cam featured black fans too much, that there weren't enough white cheerleaders and that the music in the arena should be more "familiar to a 40 year old white guy".

Bruce Levenson and fellow Hawks owner Ed Peskowitz earned their initial fortunes as the co-founderds of United Communications Group (UCG), a portfolio of professional business information companies, in 1977. UCG, which is now one of the largest privately held business information companies in the world, provides specialized information to more than two million clients in numerous business sectors, including healthcare, technology, energy, telecommunications, and financial services. 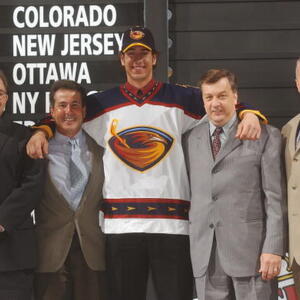