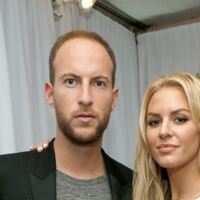 Brendan Fitzpatrick net worth: Brendan Fitzpatrick is an American socialite, real estate agent, and reality television personality who has a net worth of $500 thousand dollars. Brendan grew up in Bel Air and attended The Buckley School followed by an equally exclusive private institution called Montclair Prep. Brendan Fitzpatrick currently lives in Beverly Hills, where he works as a real estate agent at a major firm called The Agency. He grew up in a family of millionaires, but chose to branch out on his own. Against his parent's wishes, Brendan did not attend college, but instead went straight into the real estate business. His family is still less than pleased with his decision, but he seems to be doing fairly well. Brendan specializes in residential sales in Beverly Hills, Bel Air, Brentwood, Holmby Hills, Malibu, and the Sunset Strip; neighborhoods he has known all his lifetime. On any given day, and especially during the weekly broker's caravan, Brendan can be found driving across the city in search of properties for clients and ensuring he is knowledgable of every notable home on the market. In addition to his work in real estate, he is also one of the subjects of the reality series, "Rich Kids of Beverly Hills" on E!, which follows a group of twenty-somethings who were born into extremely wealthy families. He is the boyfriend of fellow cast member, Morgan Stewart who runs a lifestyle and fashion blog called BoobsandLoubs.com. According to Brendan's biography on The Agency's website, Brendan sold his first $10 million property before turning 19. It was the highest price paid for a property in the exclusive area of Brentwood Park, California.