He was best known for being the president of NBC from 1980 to 1991. He turned around the network's low prime time reputation and was responsible for TV series including Hill Street Blues, Law & Order, L.A. Law, ALF, The Cosby Show, Family Ties, Cheers, The Golden Girls, Seinfeld, Wings, Knight Rider, Miami Vice, The A-Team, The Fresh Prince of Bel-Air, Saved by the Bell, Night Court, and St. Elsewhere. Tartikoff graduated from Yale University and Lawrenceville School. He was married to Lilly Tartikoff from 1982 until his passing. He created and wrote for the TV series Beggars and Choosers. Tartikoff made cameo appearances in TV series including Saved by the Bell and Cheers. Brandon Tartikoff passed away on August 27, 1997 at 47 years old from Hodgkin's lymphoma cancer. 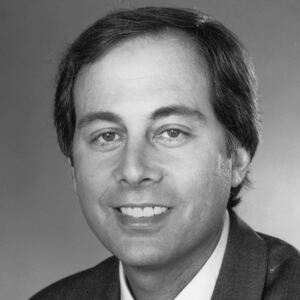