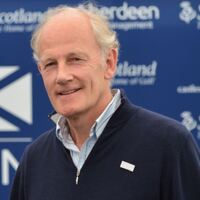 Bill Gammell net worth: Bill Gammell is a Scottish former rugby player and businessman who has a net worth of $50 million. Bill Gammell was born in Edinburgh, Scotland in 1952 the son of an investment banker. Bill Gammell attended Fettes college, an exclusive Edinburgh school where he was friends with future British Prime Minister Tony Blair. The pair has remained lifelong close friends. Bill Gammell attended the University of Stirling, receiving his BA in Economics and Accountancy. Bill Gammell played tall winger in rugby on the Scottish National team. During his time on the Scottish National Rugby Team, he won five international caps. His rugby career ended in injury. Bill Gammell then followed his father into business, founding Cairn Energy with venture capital funding. The company had modest success with a Pennsylvania oilfield but really hit payday when an oilfield Cairn owned was revealed to contain more than one billion barrels of oil. Bill Gammell's father is close friends with George H.W. Bush through oil investments and the two family became close friends. Bill Gammell, George W. Bush, and Tony Blair remain good friends.