Bill Busbice net worth: Bill Busbice is an American reality television star, entrepreneur and hunting enthusiast who has a net worth of $100 million. Bill Busbice is the patriarch of a family that is appeared in the A&E reality television series "Country Buck$", which premiered on November 19, 2014. Country Buck$ ultimately aired 14 episodes over two seasons between its premiere in 2014 and its final episode on July 8, 2015. Busbice used to own a trucking company in the oil industry and then sold it for a small fortune. He also co-founded Wildgame Innovations, which sells a variety of products geared towards avid deer hunters. The company specializes in DVDs, apparel, trail cameras, feeders, rangefinders, food plots and much much more. Thanks to the success of Wildgame, the Busbice family was able to acquire several other hunting companies, most notably Barnett Crossbows and Flextone Game Calls. The Busbice family also has been able to acquire a timber company which included a 28,000 acre property in Northern Louisiana. The family subsequently built a luxury hunting lodge on the property which caters to fellow wealthy hunting enthusiasts. Bill and his wife, Beth, have been married for 36 years and have two sons, Matt and Ryan, and one daughter, Sarah. Bill has also worked to develop a mobile app for the trucking industry called HWY Pro which he hopes is changing the method and efficiency in which products are accessed and delivered to their end destination. Similar to the philosophy deployed by Uber to streamline the transportation needs of commuters, HWY Pro looks to facilitate and create efficiencies in the transportation of products. 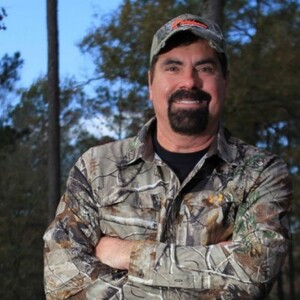