Bert Karlsson net worth: Bert Karlsson is a Swedish record company manger, politician, and entrepreneur who has a net worth of $200 million. Bert Karlsson was born in Skovde, Sweden in June 1945. He served as a Member of Parliament from 1991 to 1994 with the title Member of the Riksdag for Osterogotland County.

Karlsson was also the founder and face of the New Democracy party. He gained fame as the owner and manager of record company Mariann Grammofon AB. Karlsson started his own theme park called Skara Sommarland in 1984. He created the Swedish reality television series Fame Factory and served as a judge for the first five seasons of the reality series Talang which was the Swedish version of America's Got Talent. He received 6.7 percent of the vote after starting the New Democracy party and ended being elected to the Riksdag. Artists on his record label include Herreys and Charlotte Perrelli who both won the Eurovision Song Contest. 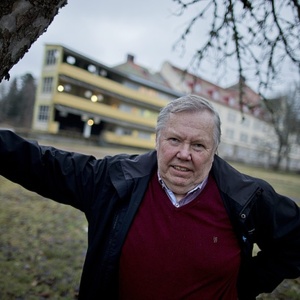