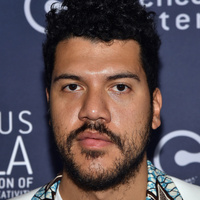 Ben Bronfman net worth: Ben Bronfman is an American musician, activist, and entrepreneur who has a net worth of $100 million dollars. Ben Bronfman was born in New York, New York, and attended Emerson College, where he majored in Politics and Law. He subsequently dropped out of college to focus on environmental issues, and began working with Graciela Chichilinsky, a Columbia University professor, on a way to reduce atmospheric carbon dioxide concentrations. Their work led to the creation of a company called, Global Thermostat. Ben Bronfman went on to become the Strategic Advisor for the company. He is also an advisor for Algae Systems, LLC. He performed with the band, The Exit, in the late 90s and early 2000s, and then launched his own record label called, Green Owl. He also founded, and performs with, the music collective, Teachers. He recently contributed to Kanye West's track, "Monster". He has a son with musician, M.I.A.