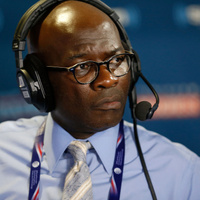 Armstrong Williams net worth: Armstrong Williams is an American political commentator, entrepreneur, column author and radio host who has a net worth of $200 million. Armstrong owns Howard Stirk Holdings I and II, a media conglomerate that controls a number of television stations that has been described as the largest minority-owned broadcast group in America.

Armstrong Williams was born in Marion, South Carolina February 5, 1962 . He hosts the nationally syndicated television series The Armstrong Williams show on Sinclair Broadcast Group 200 stations. He is also the founder and CEO of the Graham Williams Group. He has been called "one of the most recognizable conservative voices in America" by The Washington Post. Armstrong Williams is the Sole Owner and CEO of Howard Stirk Holdings I & II, the largest minority-owned television broadcast group in the United States. HSH Media creates original content and programming in all of their Regional markets. Williams has been called the business manager and confidant of HUD Secretary Ben Carson. From 2008 to 2018, Williams hosted a show on SiriusXM Urban View.

He owns Stirk Real Estate and is a National Board member of the Carson Scholars Fund. Williams served on The Boards of the Presidents Commission on White House Fellows under George W. Bush. Williams gave $250,000 to his alma mater South Carolina State University.