Armando Montelongo Net Worth: Armando Montelongo is an American real estate businessman and TV personality who has a net worth of $50 million. Armando Montelongo is the founder of the U.S. real estate investment seminar business, Armando Montelongo Companies, which is headquartered in San Antonio, Texas. In 2011, it was recognized as one of the country's fastest-growing businesses, and the top education company in the U.S. He was considered to be among the top three Hispanic business owners. His free seminars are offered around the world with the goal of pushing the company's three-day workshop and in-person lessons with Montelongo himself. In 2011, the business was the subject of an investigation conducted by the Texas attorney general, which was later settled without Montelongo admitting any wrongdoing. Montelongo is perhaps best known for appearing on the TV show, "Flip This House", on A&E, which chronicles the purchase, renovation, and sale of a house. He appeared on the show for three seasons and decided to create his own film production company. Armando Montelongo Productions filmed and released its first feature movie, "Line of Duty", starring Jeremy Ray Valdez and Will Rothhaar, in 2013. He wrote his first book, "Flip and Grow Rich", which focuses on both his professional and personal life lessons. Armando has written several books and currently conducts real estate investment seminars around the country. These seminars are said to be attended by 300,000 people per year. Armando Montelongo himself has claimed that this thanks to these seminars, his personal net worth has topped $200 million. 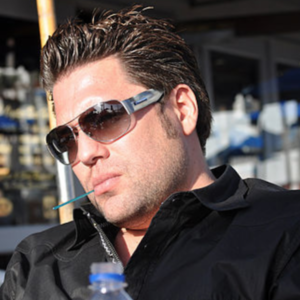