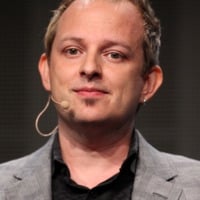 Apollo Robbins net worth: Apollo Robbins is an American sleight-of-hand artist, security consultant, deception specialist, and gentleman thief who has a net worth of $3 million. Apollo Robbins was born in Plainview, Texas in May 1974. He has been called "an artful manipulator of awareness" by Forbes. Robbins is known for being a theatrical pickpocket who takes things from people and then returns them amusing ways. He pickpocketed Secret Service agents for President Jimmy Carter which led him to become a consultant for police departments and security. He formed Whizmob Inc. in 2006 and offered law enforcement officials as well as ex-cons to teach about fraud, scams, and theft. Robbins starred on and worked as a supervising producer and consulting producer for the television series Brain Games in 2013. He appeared in the film Focus and in episodes of the TV series Brooklyn Nine-Nine, Leverage, The View, and Good Morning America.