Born in Tehran, Iran, Antonio Esfandiari, also known as Amir Esfandiari, currently lives in San Francisco, California. He moved to the United States while he was in elementary school, and his family settled in San Jose, California. He changed his name in the late 90s, when he began working as a professional magician. His card tricks led to the opportunity to play Texas Hold' Em, and he began to play poker competitively. 2004 proved to be a banner year for Mr. Esfandiari, as he won his first World Series of Poker tournament, and over a million dollars at the L.A. Poker Classic. He has appeared on a number of poker television programs, including "High Stakes Poker", "Poker After Dark", and "Poker Superstars Invitational Tournament".

Real Estate: In 2017 Antonio and his wife, fellow poker player Amal Bounahra, paid $3.4 million for a home in Venice, California.

In November 2020 Antonio paid $5.4 million for a 6,000 square-foot mansion, also located in Venice, California. They still own the first home as of this writing. 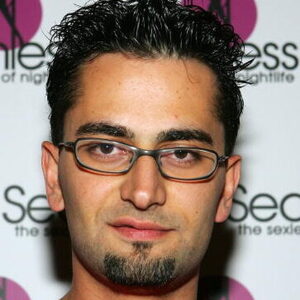