Anthony Levandowski net worth and salary: Anthony Levandowski is an American-French engineer who has a net worth of -$50 million. At one point Anthony was worth between $50 and $100 million. After losing a $179 million judgment against Google in March 2020 he was forced to declare personal bankruptcy. In his filing Anthony listed between $50 and $100 million worth of assets and $100 – $500 million worth of liabilities.

Anthony Levandowski was born in March 1980. He is a self-driving car engineer who has dual citizenship. He graduated from the University of California, Berkeley and built an autonomous motorcycle with his fellow UC Berkeley engineers which now resides in the Smithsonian National Museum of American History. Levandowski co-founded the autonomous trucking company Otto in 2016 which Uber eventually acquired for $680 million. Before that he engineered the Google self-driving car and was a co-founder and the technical lead on the project Waymo. Anthony Levandowski also co-founded Pronto in 2018 which was the first company that completed a cross country drive in an autonomous vehicle. He mentioned in 2019 that a fundamental breakthrough in AI was necessary to move forward with autonomous vehicle technology.

Anthony Levandowski was fired from Uber in 2017. He was indicted on 33 federal charges of alleged theft of self-driving car trade secrets in 2019.

On August 4, 2020 Anthony was sentenced to 18 months in federal prison for stealing a trade secret from Google. Even after the sentence he still owes Google $179 million.

Google Compensation: During his time with Google, Anthony Levandowski earned at least $120 million in total compensation. 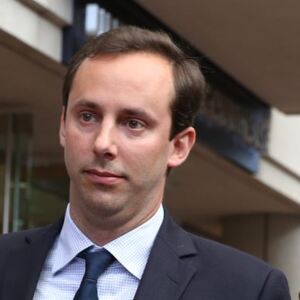