How much is Andrew Grove Worth?

Andrew Grove Net Worth: Andrew "Andy" Grove was a Hungarian-American businessman, engineer, and author who had a net worth of $500 million dollars. Andrew Stephen Grove was born in Budapest, Hungary in September 1936. Grove was a pioneer in the field of science known as the semiconductor industry. At 20 years old he escaped from Communist-controlled Hungary. He moved to the United States and finished his education, earning a bachelor's degree at the City College of New York and a Ph.D. from the University of California, Berkeley. He then worked as a researcher at Fairchild Semiconductor. He quickly became familiar with integrated circuits. He joined Intel on the company's day of incorporation. He went on to become CEO of Intel Corporation and was a pioneer at making the company one of the world's largest semiconductor manufacturers. Grove authored seven books and many articles. He has been called the man responsible for the growth phase of Silicon Valley. Grove was even called on by Steve Jobs for advice on whether or not Jobs should return to Apple. Grove won many awards during his life including the 1st Annual Heinz Award in Technology, the Economy and Employment. In 2009 he was inducted into The California Museum's California Hall of Fame. He won the IEEE Medal of Honor, Strategic Management Society's Lifetime Achievement Award, was Time Magazine's Man of the Year, and more. He was still a senior advisor for Intel up until his death. Grove was diagnosed with Parkinson's disease in 2000. He contributed to several foundations that are researching a cure for the disease. Andrew married Eva Kastan in 1958 and the couple had two children together. Andy Grove died on March 21, 2016 in Los Altos, California. 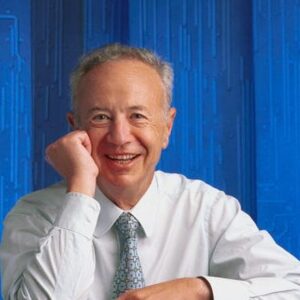