Andrea Moss net worth: Andrea Moss is an Australian reality television personality who has a net worth of $20 million dollars. She is one of the cast members of the it Bravo reality series, The Real Housewives of Melbourne. The season has already aired in Australia, and recently premiered in the United States.

The series follows the lives of six super successful socialites as they enjoy the good life in Melbourne. Moss is the owner of an exclusive skin care center in the Melbourne suburb of Toorak. Her husband is one of Australia's most successful plastic surgeons, and the couple have three children. In addition to running her business, she is also working to fulfill her lifelong dream of writing and launching a book designed to help other busy moms return to work. Moss firmly believes that women should seek paid employment and contribute to the household income once their children are of school age – even if that's only a casual or a part time job. She is intuitively creative and worked as a television reporter for Channel 7 News in Sydney, as well as ABC in New York prior to her marriage. She admits to losing sleep over missed personal career opportunities which is likely the drive behind her cause. She has the reputation of being quite generous and charitable and end up giving over $1,000 a week to various causes. She is a big advocate of plastic surgery and is very knowledgable about cosmetic procedures. She takes complete responsibility for the management the family businesses in order to free up her husband's time so that he can become the best plastic surgeon in the world. 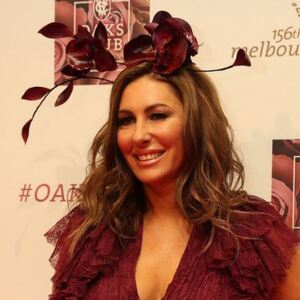