Amie Yancey net worth and salary: Amie Yancey is a Canadian interior designer, real estate agent, and reality television personality who has a net worth of $20 million. That is a combined net worth with her husband, Scott Yancey.

Amie Yancey was born in Canada, and is now based in Las Vegas, Nevada, where she works for the Goliath Company, a real estate brokerage and development firm owned by her husband, Scott Yancey. She has sold more than 600 new homes since moving to Las Vegas with her husband, Scott, in 2004. The couple and their various employees were featured on the reality series, "Flipping Vegas" on A&E. Amie is known for her ability to redecorate and redesign the properties Scott acquires quickly and cost-effectively, often coming in under-budget. She grew up on a ranch and is something of a daredevil. She is an avid dirt biker, and also loves spelunking and other outdoor adventure sports. She has owned eight motorcycles and loves drag racing at stoplights in her Porsche, cave diving in the Caribbean, as well as sitting on a beach with her husband. "Flipping Vegas" debuted on A&E in 2011 and aired for five seasons until 2014. The show was highly controversial for the network and was called fake by many other real estate firms. Scott and Amie Yancey were married in 2000. 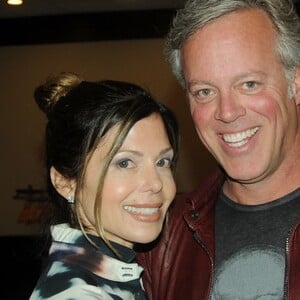