Amanda Staveley Net Worth: Amanda Staveley is a British businesswoman who has a net worth of $170 million. Amanda Staveley was born near Ripon, North Yorkshire, England in April 1973. Staveley is notable for her connections with Middle Eastern investors. She played a major role in the investment of $7.3 billion pounds in Barclays by the ruling families of Abu Dhabi and Qatar and by the Qatari sovereign wealth fund in 2008.

Her firm PCP Capital Partners acted on behalf of Sheikh Mansour Bin Zayed Al Nahyan of the royal family of Abu Dhabi when he invested $3.5 billion pounds to control 16% of the bank. That deal alone earned PCP Capital Partners a commission of $110 million pounds which was $40 million after expenses. Amanda was also involved in Sheik Mansour's purchase of the Manchester City Football Club in 2008. She bought the restaurant Stocks at the age of 22 after borrowing money. In 2000 she opened Q.ton which is a $10 million pound conference center and facility development. Amanda was romantically linked to The Duke of York in 2003 and married Mehrdad Ghodoussi in 2011. 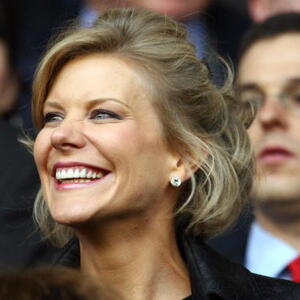