Alexander Edwards net worth and salary: Alexander Edwards is an American music executive who has a net worth of $2 million. Alexander Edwards was born in Oakland, California. He is the Vice President of A&R for Def Jam Records and is known for being the boyfriend of Amber Rose. The pair announced that they were expecting a child in April 2019. They met in 2015 and started dating in 2018. Alexander Edwards is best friends with rapper Tyga. He joined Def Jam in 2018 and signed rapper YK Osiris. Edwards started as a rapper in Oakland and started his own record label called Gloryious and expanded into the clothing business. Amber Rose is a model and actress who was married to Wiz Khalifa and formerly in relationships with 21 Savage and Kanye West. She starred on the reality TV series Dancing with the Stars in 2016 and America's Next Top Model in 2017. 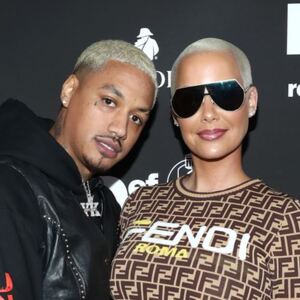