Albie Manzo net worth: Albie Manzo is a reality television personality and businessman who has a net worth of $1 million dollars. Born in New Jersey, Albie Manzo is the son of the former Real Housewives of New Jersey cast member Caroline Manzo.

Albie Manzo, also known as Albert Joseph Manzo IV, came to national attention appearing with his mother, father, and two siblings as part of the show. He and his brother, Chris, are considered quite eligible bachelors. Recently, they have been involved in a lawsuit regarding their healthy water line, BLK Beverages, which as grown exponentially since its 2011 debut with distribution in major stores like Target, Whole Foods, Wegmans, and Sprouts. Albie is also a pruner in the Hospitality Group that owns Little Town New Jersey Restaurant in Hoboken, NJ and just expanded with an second location at the Meadowlands Racing and Entertainment Complex. Albie Manzo originally planned to focus on a law degree, but dropped out during his first year, after achieving only a 1.9 GPA. He attributes his struggles at Seton Hall Law School to a learning disability. His attempt to re-enroll was chronicled on one of the seasons of The Real Housewives of New Jersey, but it ended with him having to wait the required two years before reapplying for admission to the school. He is currently appearing in the Real Housewives spinoff Manzo'd With Children with the rest of his family, and working on various business ventures. 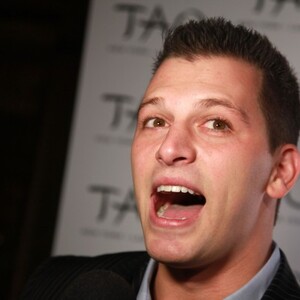