Albert co-owns and manages The Brownstone, a high-end event and catering service in New Jersey with his brother Tommy, who was married to Caroline's younger sister, Dina. The business has been with the family for nearly 35 years and is one of the premier event facilities in the state. Al and Caroline currently live in Franklin Lakes, New Jersey and have three children together; Albie, Lauren and Christopher; they have been married for over 30 years. Albert's father also had the same name – Albert (Tiny) Manzo. Tiny, as he was popularly called, was killed in true mob-style in 1983, when it was suspected that he, along with Peter A. Campisi – the family soldier of the Gambino's, were busy skimming from one mob casino. They were executed on Staten Island. The cops were never able to solve the murder and the death of Albert's father is still incredibly difficult for the entire family. In his free time Albert loves to golf and spend time on his boat. He supports numerous charity organizations but closest to his heart is the Wounded Warrior Project as well as Law enforcement and Firefighters in NY and NJ. The Manzo family now has a spin-off show on Bravo called, Manzo'd With Children. The reality show follows the family: Albert, Caroline, their sons Albie and Chris, and their daughter Lauren. 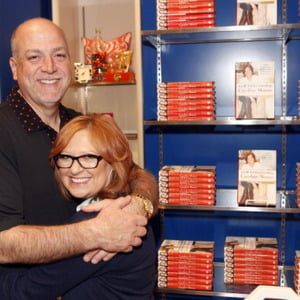