Alan Ladd Jr Net Worth: Alan Ladd Jr is an American film industry executive and producer who has a net worth of $75 million. Born October 22, 1937 in Los Angeles, California, US, Alan Ladd is most appreciated for giving George Lucas the go-ahead to make Star Wars when everyone opposed it.

He dived into the movie industry as an independent producer in Great Britain during the late '60s. Having made nine movies, he got back to the States in 1973 to become Head of Creative Affairs at 20th Century Fox. Only three years later, Ladd took the lead of the company as its president. Under Ladd, Fox created several classics including Star Wars (1977) and Alien (1979). However, Ladd left Fox's president position to found his own production company, The Ladd Company, in 1979. He continued to enjoy more successes with comedies like Night Shift (1982), Police Academy (1984), as well as the Oscar winners The Right Stuff (1983) and Chariots of Fire (1983). One of the company's most notable productions is also the cult classic Blade Runner (1982). Ladd joined MGM/UA in 1985, and he eventually acquired the positions of Chairman and CEO of Pathé Entertainment. In his tenure there, MGM/UA enjoyed the perks of producing such hits as Moonstruck (1987), A Fish Called Wanda (1988) and Thelma & Louise (1991). It was in 1993, when Ladd reformed his eponymous company with Paramount Pictures where he produced 1995's hits The Brady Bunch Movie and the Best Picture winner Braveheart. In the course of his four-decade-long career, Ladd's film productions have grossed billions of dollars, snagged more than 150 Academy Award nominations, won 50 Oscars and a number of Golden Globes. 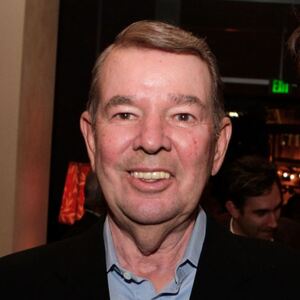