Ahmed Zayat net worth: Ahmed Zayat is an Egyptian-American entrepreneur and owner of Thoroughbred race horses who has a net worth of $50 million. He currently serves as the CEO of Zayat Stables, LLC, a Thoroughbred horse racing business with horses placed in numerous locations across the United States. Zayat was born in Cairo to a well-off Jewish family where he grew up riding horses.

At 18, he moved from Egypt to the United States where he attended college and ultimately obtained a Master's degree in business and public health from Boston University. After a brief career in commercial real estate in New York City, he returned to Egypt, and for about ten years ran the Al-Ahram Beverages Company, a company he owned as part of an investment group. After the company was purchased by Heineken in 2002, Zayat began investing in racehorses and established Zayat Stables in 2005. In 2007, he returned to the United States and built the business with his son.  The company,  Zayat Stables, owns approximately 200 horses at any one time. Zayat Stables ranked second in the nation for earnings in 2007, third in 2009, fourth in 2010 and fifth nationally in 2011. Between 2006 and 2014, Zayat Stables ranked in the top ten leading owners by purse money won in six of those years and always in the top 20. Zayat lives in Teaneck, New Jersey with his wife, Joanne. The couple have four children: Justin, Ashley, Benjamin, and Emma. 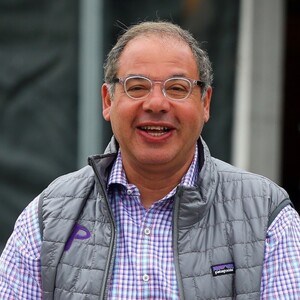