What Is Adrienne Maloof's Net Worth and Salary?

Adrienne Maloof is an American businesswoman, philanthropist, television personality, producer, and business owner who has a net worth of $60 million. Maloof is best known for starring on the Bravo reality series "The Real Housewives of Beverly Hills" (2010–2017; 2020), and her salary per season was $200,000. Adrienne earned her net worth through her co-ownership of the Maloof Companies with other family members. Their business interests include the Sacramento Kings, the Sacramento Monarchs, Maloof Productions, Maloof Music, Palms Casino Resort in Las Vegas, Nevada, and the Vegas Golden Knights, and they previously put on an annual skateboarding competition called the Maloof Money Cup. Adrienne produced the 2005 film "Feast" and the 2019 Ochoa Boyz music video "Short Notice."

Adrienne Maloof was born on September 4, 1961, in Albuquerque, New Mexico. Maloof's heritage is Irish and Lebanese. Her father, billionaire George J. Maloof Sr., died in 1980, and her mother, Colleen, co-owns the Maloof Companies' holdings with Adrienne and her siblings. Maloof has four brothers, George Jr., Gavin, Joe, and Phil. George Sr. owned a Coors beer distributorship in Albuquerque, and he purchased the Houston Rockets basketball team in 1979. Adrienne earned a tennis scholarship to the University of New Mexico, where she joined the Pi Beta Phi sorority and earned a political science degree.

Adrienne began her career in the marketing and promotions department of her family's wine and liquor business, and over time, her role encompassed all of the Maloof Companies' interests, and she has spent more than two decades controlling a large amount of its marketing operations. She joined the cast of "The Real Housewives of Beverly Hills" in 2007 and stayed on the show for its first three seasons, but she refused to take part in the season three cast reunion. Adrienne returned as a guest star in seasons five, six, eight, and ten, and as of this writing, she has appeared in more than 60 episodes of the show. Maloof was a judge on the "Miss Universe 2011" pageant, and she has also appeared in the 2016 TV documentary "Kardashian: The Man Who Saved OJ Simpson" and television shows such as "Rachael Ray," "The Ellen DeGeneres Show," "Betty White's Off Their Rockers," "Hell's Kitchen," "Watch What Happens Live with Andy Cohen," and "Million Dollar Listing Los Angeles."  In 2011, she released a shoe collection called Adrienne Maloof by Charles Jourdan. 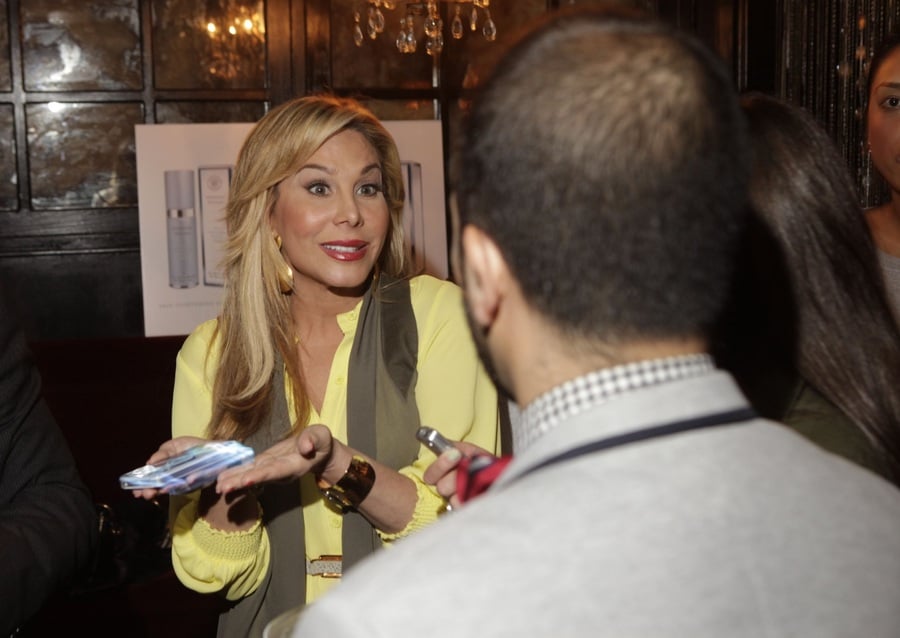 Adrienne married plastic surgeon Paul Nassif on May 2, 2002, and they welcomed son Gavin in 2003 and twins Christian and Collin in 2006. Nassif filed for separation in July 2012 due to irreconcilable differences, and the divorce was finalized in November of that year. Adrienne and Paul both accused each other of abuse, and Maloof was awarded temporary custody of the children after she alleged that Nassif had choked one of their sons when two of the boys were kicking each other in the backseat of Paul's car. Nassif's lawyer responded to the allegations, stating, "This smacks of underhandedness. Adrienne wasn't even present when this allegedly occurred. It is a sad day when parents have to stoop to the level of making false allegations against another parent." In early 2013, Maloof confirmed that she was in a relationship with Rod Stewart's son Sean. Adrienne is passionate about philanthropy and has supported charitable organizations such as Camp Kindness, School On Wheels, and Good News Foundation. In 2019, she began working with Congress to try to prevent school shootings, and she told "Page Six," "We've had so many massive school shootings … I finally came up with a solution. It isn't the answer, but it's a solution for buying time and saving children and saving people at big events by using K9s and their handlers to sniff out ammunition and gunpowder. It'd be similar to what they do at the airport but surrounding schools and big events."

In September 2012, Maloof and Nassif put their Beverly Hills mansion on the market for $26 million, and it sold for $19.5 million the following month. The home measures nearly 20,000 square feet and sits on two acres of land, and it includes eight bedrooms and 11 bathrooms. Adrienne and Paul paid $12.7 million for the estate in 2004. 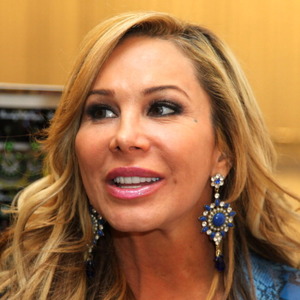