How much is Brent Bolthouse Worth?

Brent Bolthouse net worth: Brent Bolthouse is an American entrepreneur, DJ, event producer, and photographer who has a net worth of $20 million dollars. Brent Bolthouse was born in Sierra Madre, California in December, 1969. He moved to Los Angeles in 1987 and started working as a club promoter. He is probably most famous for being the founder of Bolthouse Productions in 1989. He also promoted for the Roxbury, House of Blues, and The Viper Room. He started his own clubs Babylon, Opium Den Sunset Blvd.'s Coffee House, and Avalon. He partnered with Jenifer Rosero in 1991. In 2005 Bolthouse announced a partnership with Sam Nazarian's SBE Entertainment Group. The partnership was to develop, promote and operate nightclubs, restaurants, supper clubs, bars, and lounges. The collaboration produced Hyde Lounge, Foxtail, Area, Katsuya, and Chef Michael Mina XIV Restaurant. He started working on luxury hotel SLS Hotel Beverly Hills in 2008. Bolthouse partnered with VOX Entertainment in 2009 to form Bolthouse VOX Events. Their clients include T-Mobile, HBO, Vanity Fair, Prada, and Mercedes-Benz. Bolthouse VOX partnered with Wolfgang Puck Catering in 2009. Brent Bolthouse has appeared on the TV shows Entourage, The Hills, and LA Ink. He started co-hosting a radio show "Feel My Heat" in 2009. He has DJed at The Ray-Ban Awards, Sundance 2009, and the Victoria's Secret Fashion Show After-Party. 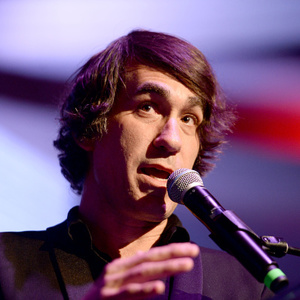