Ben Sherwood Net Worth and Salary: Ben Sherwood is an American entertainment executive who formerly served as the President of Disney-ABC Television and ABC News. He departed Disney/ABC after Disney was acquired by Fox in March 2019. Ben Sherwood has a net worth of $20 million. Ben Sherwood was born on February 12, 1964 in Los Angeles, California.

In 1981, he graduated from Harvard-Westlake School in Los Angeles. In 1986, he graduated Phi Beta Kappa from Harvard with an AB degree in American government and history. From 1986 to 1989, he was a Rhodes Scholar at Oxford University, where he earned master's degrees in British imperial and commonwealth history and development economics. From 1989 to 1993, he worked as a producer and associate producer at ABC News PrimeTime Live with Diane Sawyer and Sam Donaldson. From 1997 to 2001, Sherwood served as senior broadcast producer and senior producer of NBC Nightly News with Tom Brokaw. From April 2004 to September 2006, he worked as executive producer of ABC's Good Morning America during the two most successful seasons in the program's history. He is the author of two critically acclaimed best-selling novels: The Man Who Ate the 747 and The Death and Life of Charlie St. Cloud. His book The Survivors Club: The Secrets and Science that Could Save Your Life was published on January 26, 2009. That same year he launched a Website called www.TheSurvivorsClub.org, an online resource center and support network for people facing all manners of adversity. The Survivors Club Website is a social enterprise dedicated to helping people survive and thrive in the face of every kind of adversity including health, financial, family and extreme challenges. He is a member of the board of directors of City Year (Los Angeles) and a member of the advisory board of the Center for Public Integrity in Washington, D.C. He is also a member of the Council on Foreign Relations in New York.

He is married to Karen Kehela Sherwood, who is the co-chair of Imagine Films. They have two sons named William Richard Sherwood and Charles Edmund Sherwood. 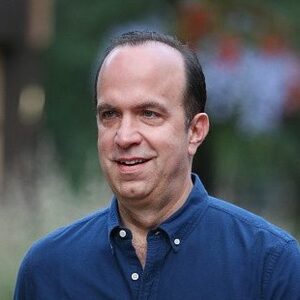