What is Ben Bernanke's Net Worth?

According to his 2007 financial disclosure, at that point in his life Ben Bernanke had a net worth of $2.5 million. As of this writing, Bernanke's net worth is $5 million.

Ben Bernanke was born on December 13, 1953 in Augusta, Georgia and was raised in Dillon, South Carolina. His mother, Edna, was an elementary school teacher, while his father, Philip, worked as a pharmacist and part-time theater manager. Bernanke has two younger siblings named Seth and Sharon. Their grandparents were Jewish immigrants from Eastern Europe. As a youth, Bernanke went to East Elementary, J.V. Martin Junior High, and Dillon High School. At the latter, he was class valedictorian, and played the saxophone in the marching band. Moreover, he was a National Merit Scholar and a contestant in the 1965 National Spelling Bee.

To make money after graduating from high school, Bernanke worked construction and waited tables at a restaurant at the roadside attraction South of the Border. He subsequently enrolled at Harvard College, from which he graduated with both A.B. and A.M. degrees in economics. Bernanke went on to obtain his doctorate from the Massachusetts Institute of Technology in 1979.

Following his graduation from MIT, Bernanke taught at the Stanford Graduate School of Business through 1985. He was also a visiting professor at New York University. Bernanke went on to become a tenured professor at Princeton University, and chaired the school's Department of Economics from 1996 to 2002. He left his position in 2005.

From 2002 to 2005, Bernanke served as a member of the Board of Governors of the Federal Reserve System. During this time, he famously proposed the "Bernanke doctrine" and introduced the idea of the "Great Moderation," which posits that modern macroeconomic policy has substantially decreased the volatility of the business cycle. In June of 2005, Bernanke was appointed chairman of President George W. Bush's Council of Economic Advisers, a position he held until January of 2006. 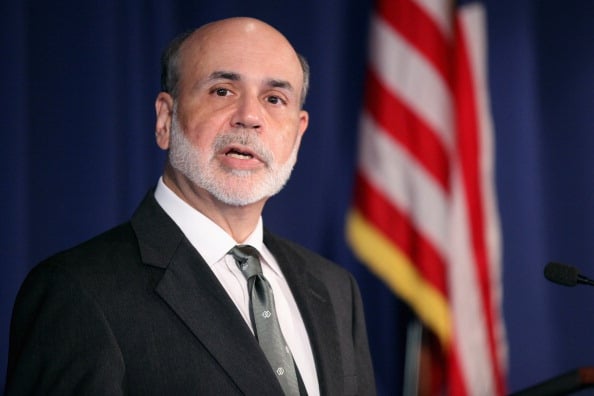 Bernanke began his term as chair of the United States Federal Reserve in February of 2006; he also served as chairman of the Federal Open Market Committee. Notably, during his first term, he oversaw the response to the 2007-08 financial crisis. Informed by his many heterodox measures to prevent economic calamity, the Fed lowered its funds interest rate to 0.0% in under a year's time. However, this was ultimately deemed inadequate to curb the liquidity crisis, so the Fed then initiated quantitative easing, which led to the creation of $1.3 trillion between November of 2008 and June of 2010. In August of 2009, President Barack Obama announced that he would nominate Bernanke to a second term as chairman. He was confirmed in 2010 by what was at the time the narrowest margin of victory for any person in the position. In 2013, Obama nominated Janet Yellen to succeed Bernanke as chair; she was confirmed in 2014.

Although many praised Bernanke for his response to the 2007-08 financial crisis, several others have criticized him for bailing out Wall Street and injecting hundreds of billions of dollars into the banking system. In 2009, he was mentioned alongside former Treasury Secretary Henry Paulson in a letter alleging fraud pertaining to the merger of Merrill Lynch with Bank of America. Later, in 2010, a whistleblower revealed that Bernanke overruled staff recommendations in his controversial bailout of AIG.

Beyond the Federal Reserve

Since early 2014, Bernanke has been a Distinguished Fellow in Residence with the Economic Studies Program at the Brookings Institution in Washington, DC. The next year, he began working as a senior advisor for the hedge funds Citadel and Pimco. Additionally, Bernanke has given numerous lectures at the London School of Economics, and has written textbooks on both microeconomics and macroeconomics. He also served as the Director of the Monetary Economics Program of the National Bureau of Economic Research, and was the editor of the American Economic Review.

One of the 50 most published economists in the world, Bernanke has authored myriad books and academic journal articles. Among his early titles were "Nonmonetary Effects of the Financial Crisis in the Propagation of the Great Depression" and "The Federal Funds Rate and the Channels of Monetary Transmission." More recently, he has penned the book "The Courage to Act: A Memoir of a Crisis and its Aftermath," in which he discusses his time as chairman of the Federal Reserve and asserts that it was only because of the Fed's efforts that the world avoided economic catastrophe.

Bernanke is married to schoolteacher Anna, whom he had met on a blind date while in college. Together, the couple has two children named Joel and Alyssa. They reside in Montgomery Township, New Jersey, where Bernanke served as a member of the board of education of the Montgomery Township School District for six years. 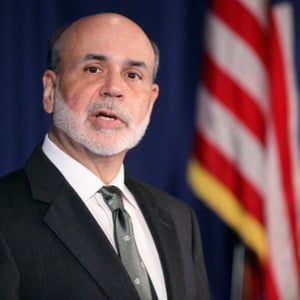